So I started working on other parts of the car that I was too lazy to do. Since there's nothing to do since the pandemic, I might as well do it now, cause I'll have to do it later.

Anyways, I've had these Morimoto LED fog lights since they were first released. I never installed it lol I did, however, put them on JR's car to test if they work. They did, then sat in the box they came in for like iono 2 years? Well it's time to modify them.

The one thing I don't like about the LED fog lights is that it doesn't look OEM when installed. I bought them anyways cause I knew I would fix it later :lmao:. The main reason I didn't like how it looked? It was because it didn't have the glass covering them. They look just like how the projector fogs looked pretty much. I ran that set up already and didn't exactly like the look then either. Output looks good, but when I look at the car with them off, it's eh.

So my solution :idea:? Combine the two lol Originally, I set out to just put the innards of the LED fogs into the OE fog light housings. But they were such a bitch to get out. I was trying to remove the LEDs without destroying the original housing in case it didn't work in the fog lights. It was pretty much impossible. So onto my next solution. I just bought some aftermarket fog light housings for $35. Then I'm going to remove the glass off that.

Got the aftermarket fog light here: 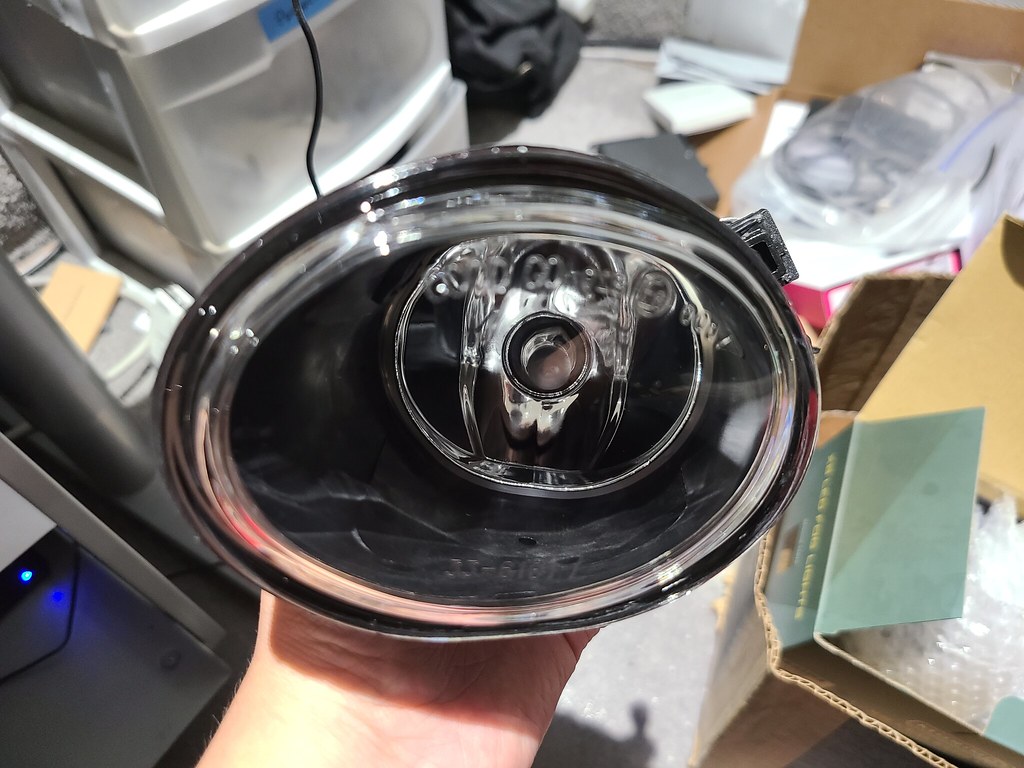 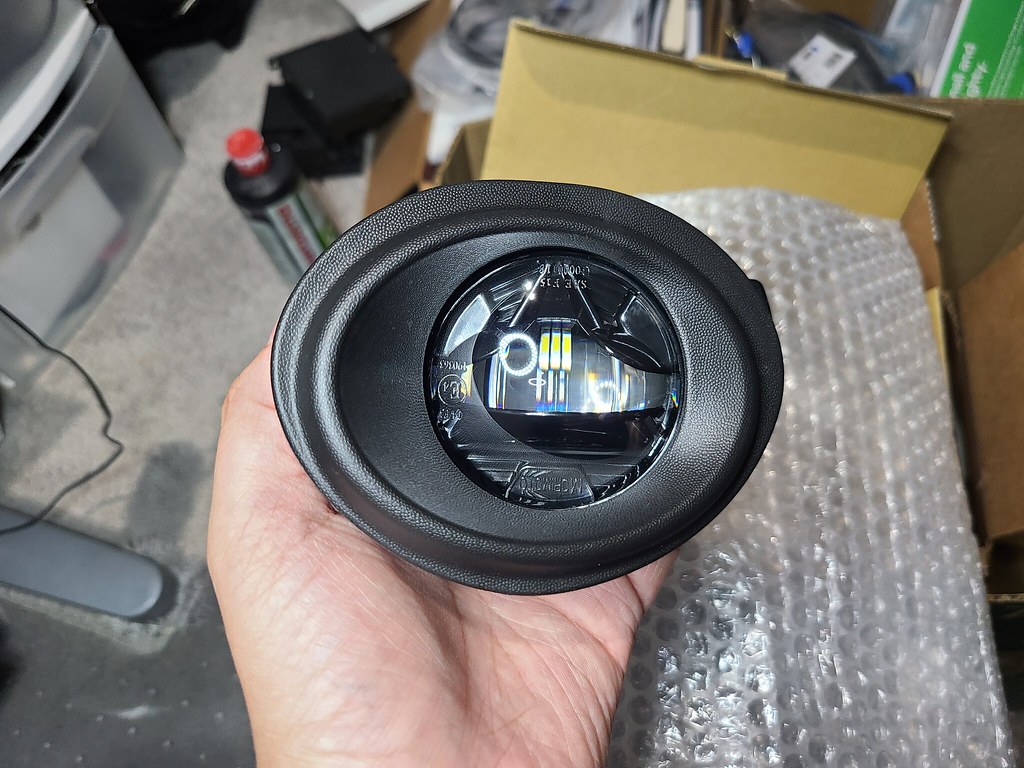 Originally, I was going to just try to take the glass without cutting the housing. But it's held with black silicone. It doesn't really respond to heat well. You pretty much have to cut it with a knife. The glass has a lip that goes down, so while I can cut the silicone on the outside, I can't go any deeper. So **** it, I'll just destroy them to get to what I want. :rofl:

Taped up, just in case before I go to Dremel them: 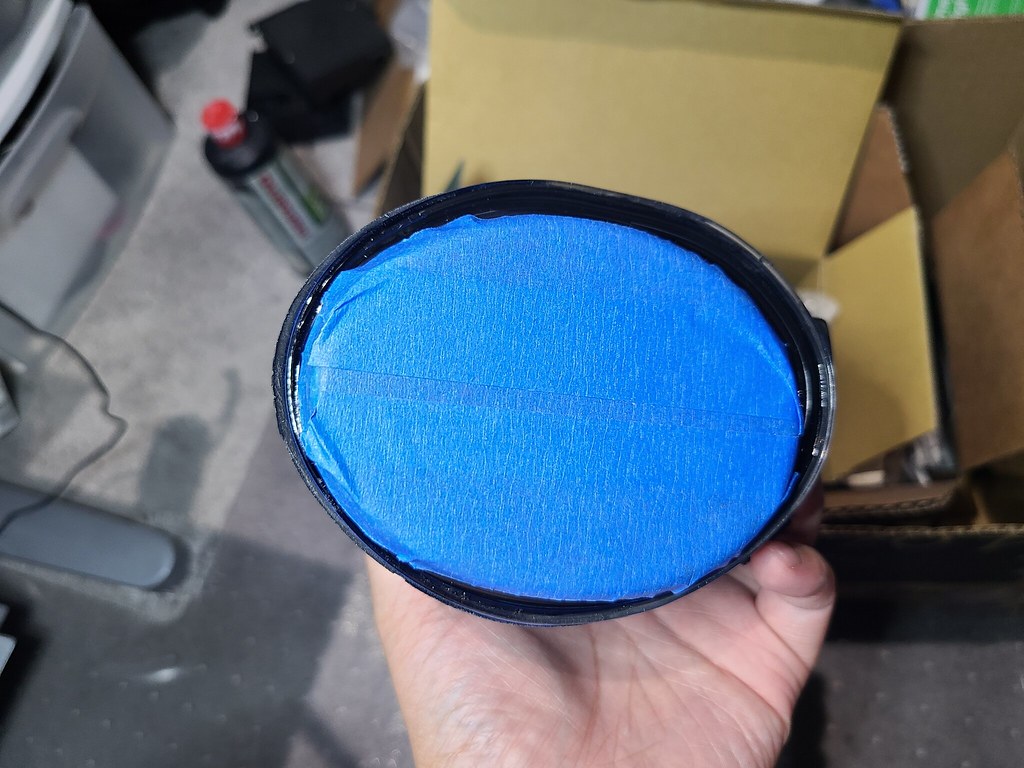 Glass off the housing: 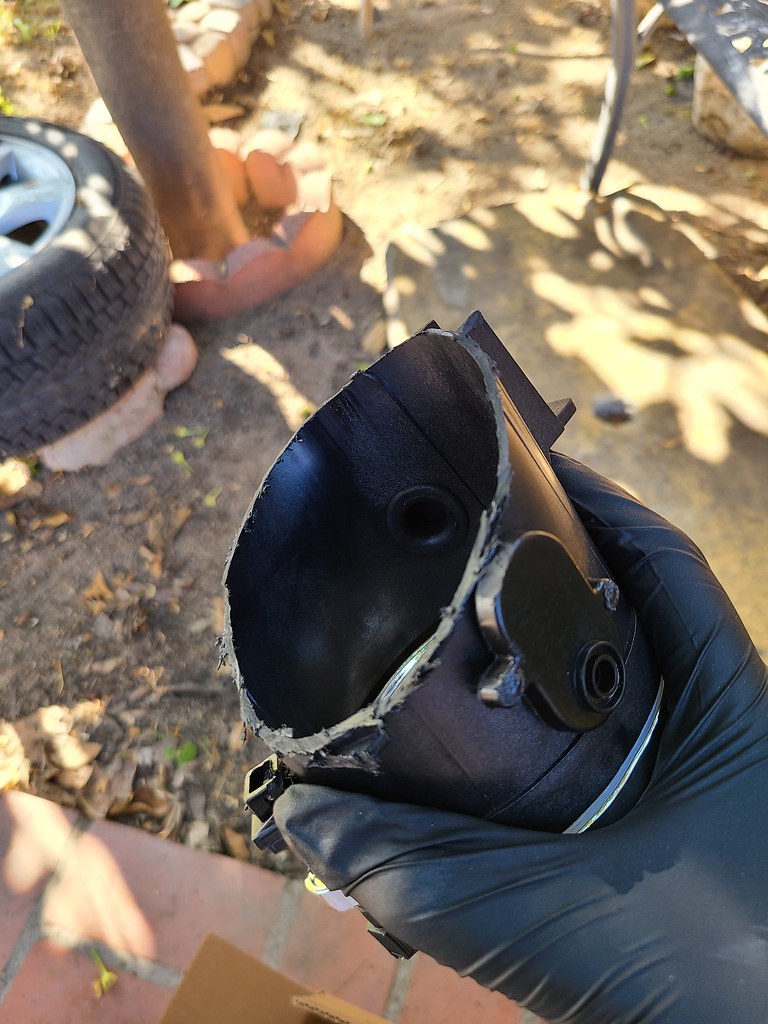 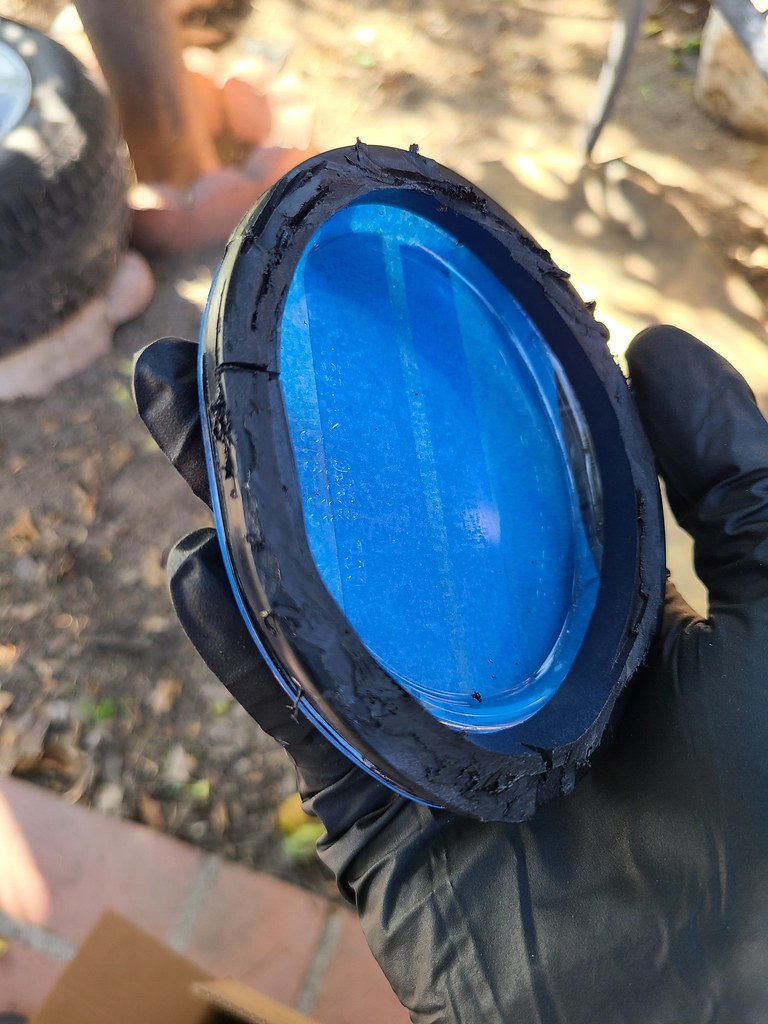 Now to cut off the plastic part so I only get the glass. It wasn't too bad. Got a new cutoff wheel and made my first couple of cuts to see how far I can go before I hit the glass. Once you determine that, the rest of the cuts was easy. 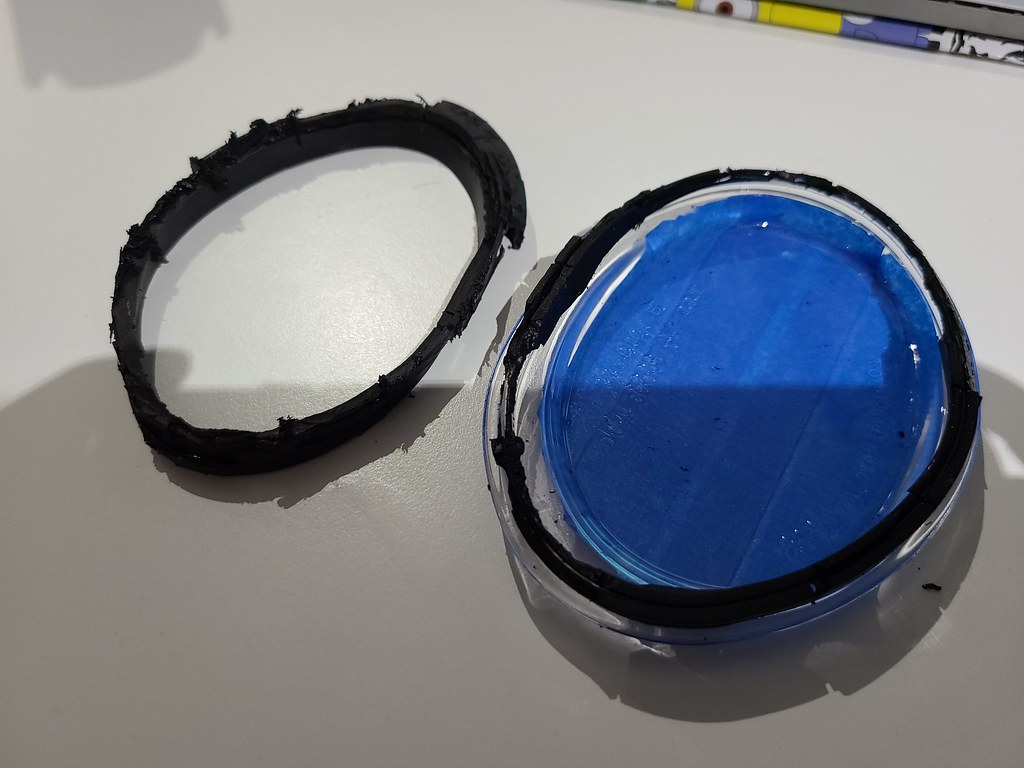 Cleaned up all the remaining silicone and then test fit: 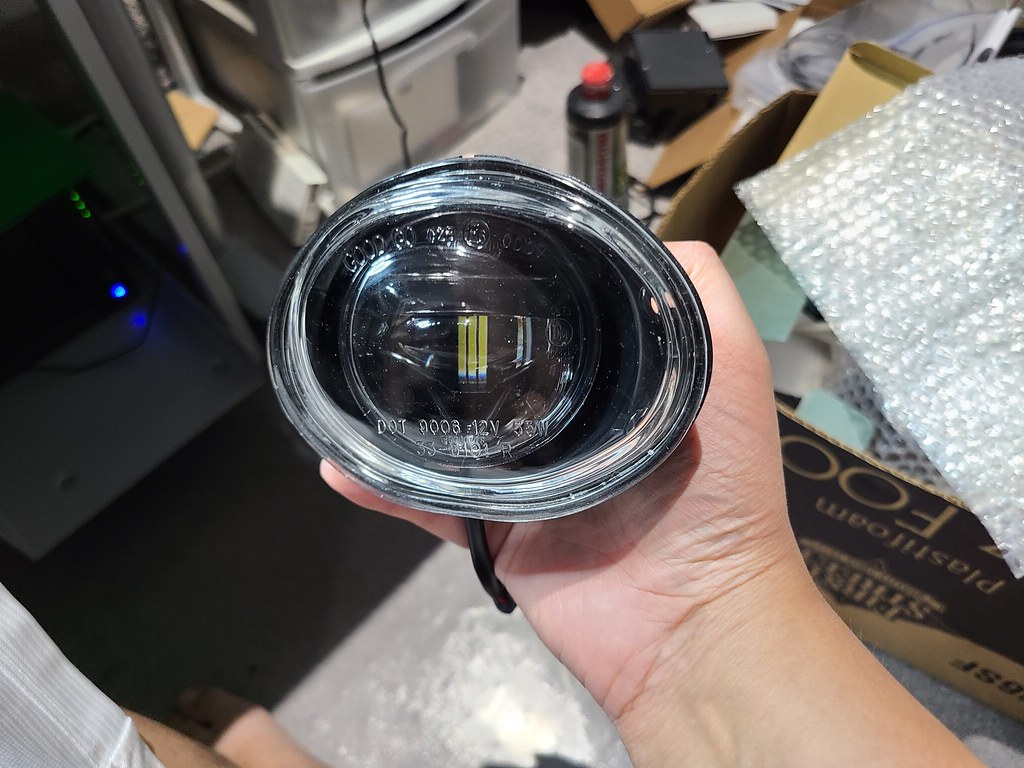 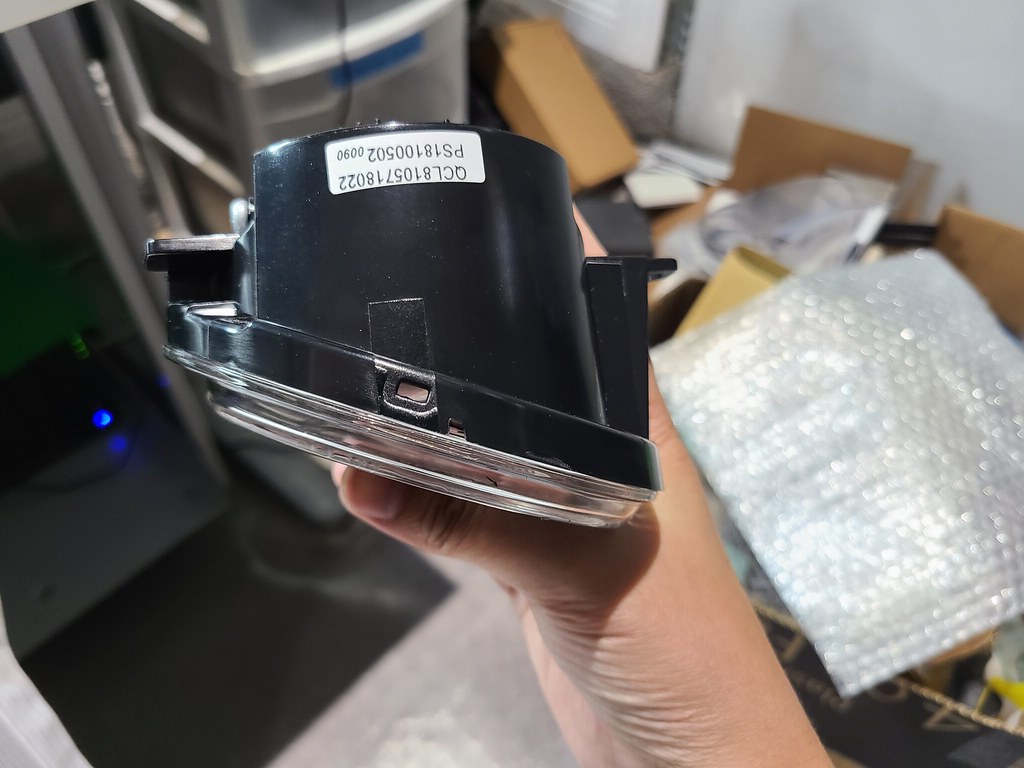 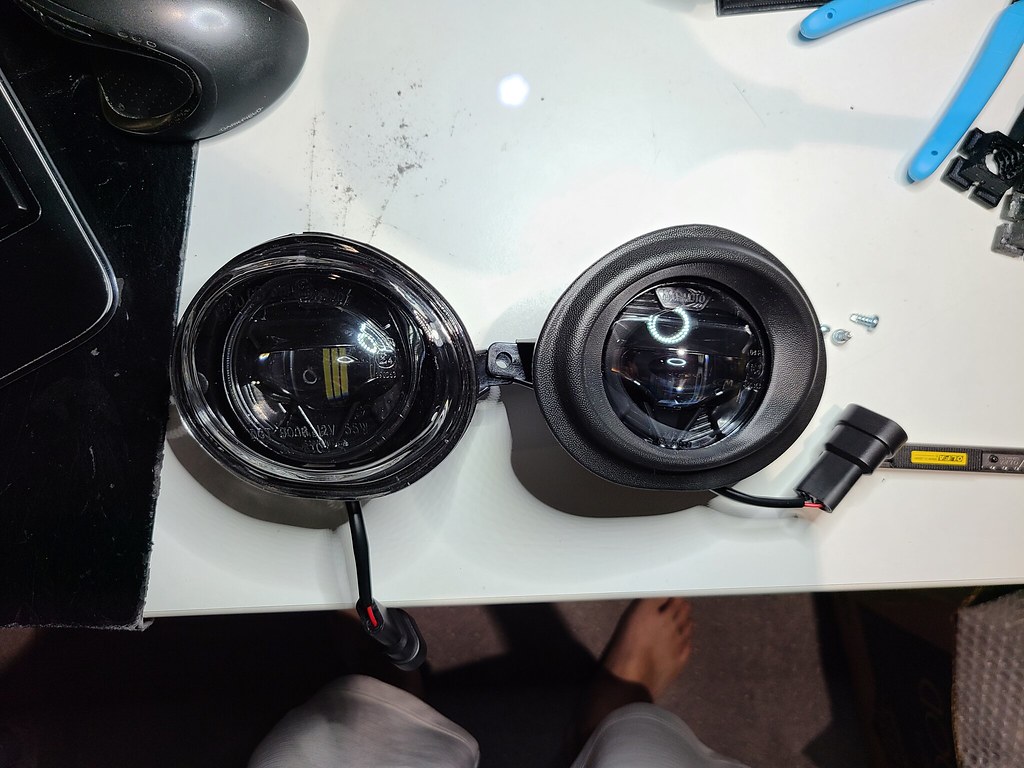 It looks like it was meant to be there :hmm:

Next step was to figure out how to plug up some of the holes so I don't get too much fogging when it rains and stuff. For the most part, the LED fogs are weatherproof. Originally, I was going to try to use an o-ring or something to plug the gaps. But there were too many gaps since this housing is like an open piece. So I just decided to stick some desiccant inside where you can't really see it. Good enough. If it becomes a problem, I'll revisit this. 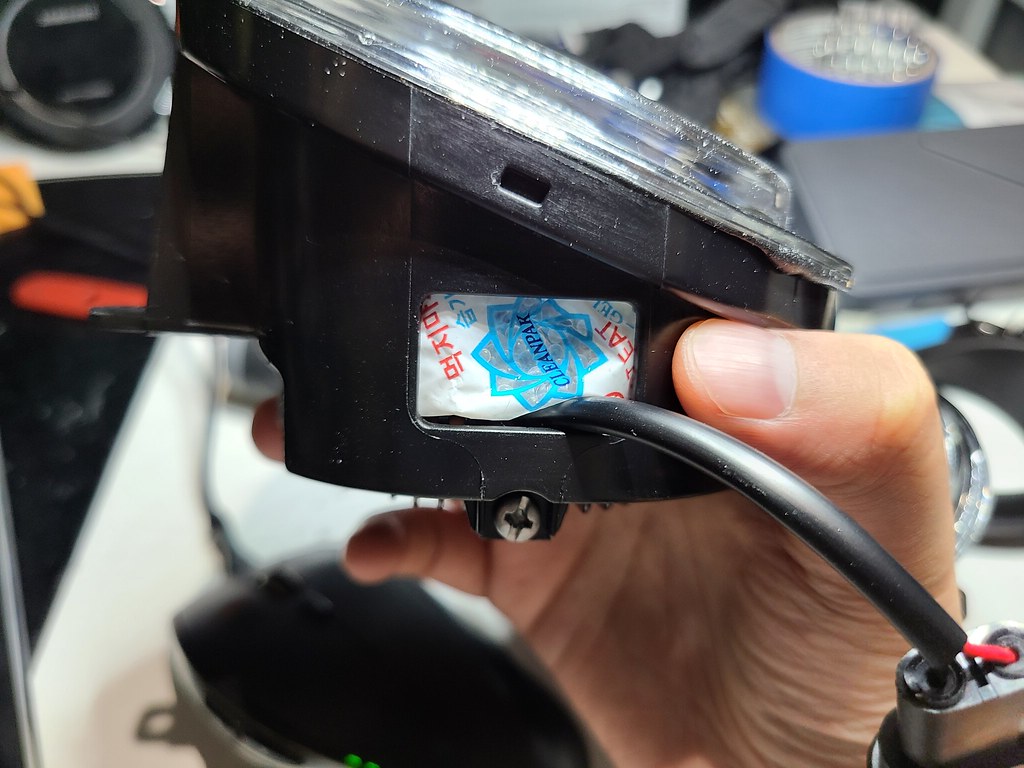 I was going to just use black silicone to glue up everything as that is what was used before. Even the OE ones. But I decided to go with the black butyl headlight sealant instead. The one where you need to bake to make it soft. One reason was so that if the glass breaks/cracks later down the line, I can just replace them using the same method. Same with the LEDs ever failing. I can just take the glass off and transplant them on the new one. It'll save me a lot of time later lol

Normally, I would use a single continuous strand. But since I couldn't get my fingers in some parts of the fog light to massage it so that it can stick and spread around, I had to break it up into a couple sections. 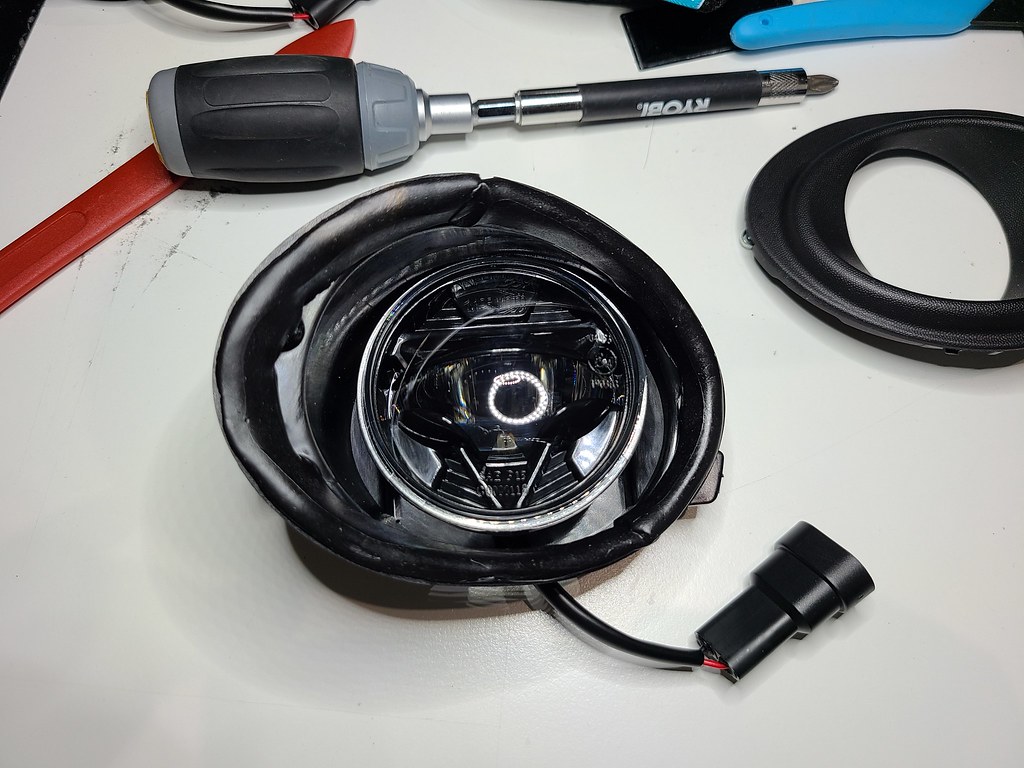 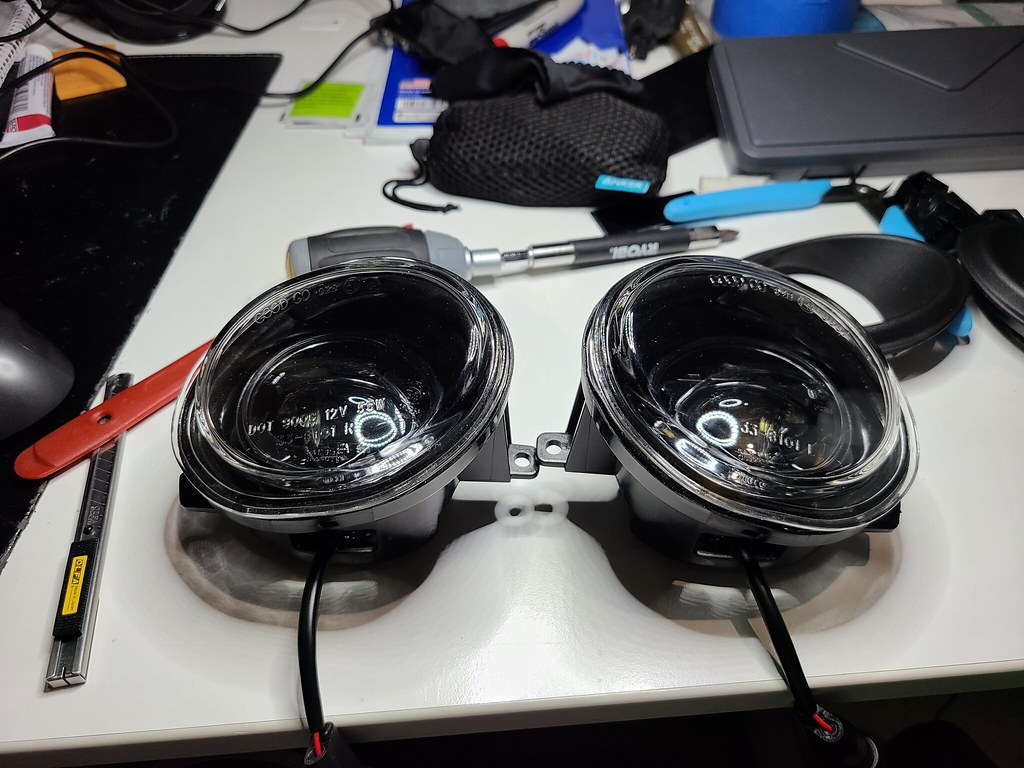 I didn't end up baking it. I just hit it with a heat gun. I wasn't sure if the LED could handle the heat.

All done. As OEM as I could get it. The edges having glue stick out in globs doesn't matter tbh. It'll get covered up by the fog light trim: 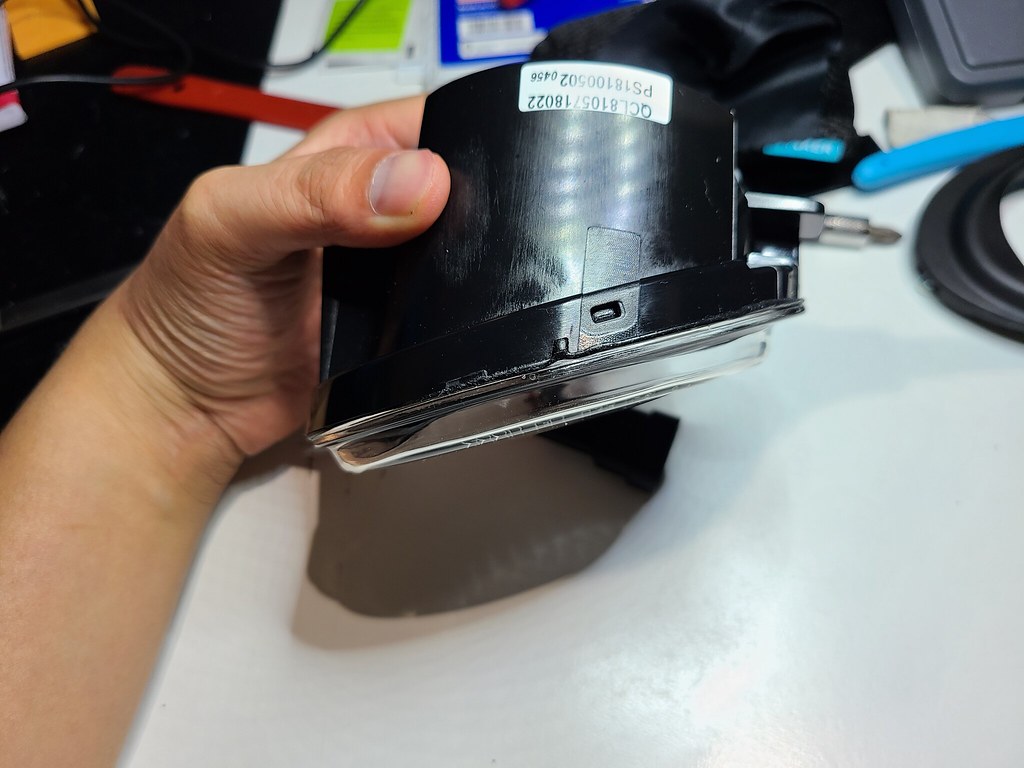 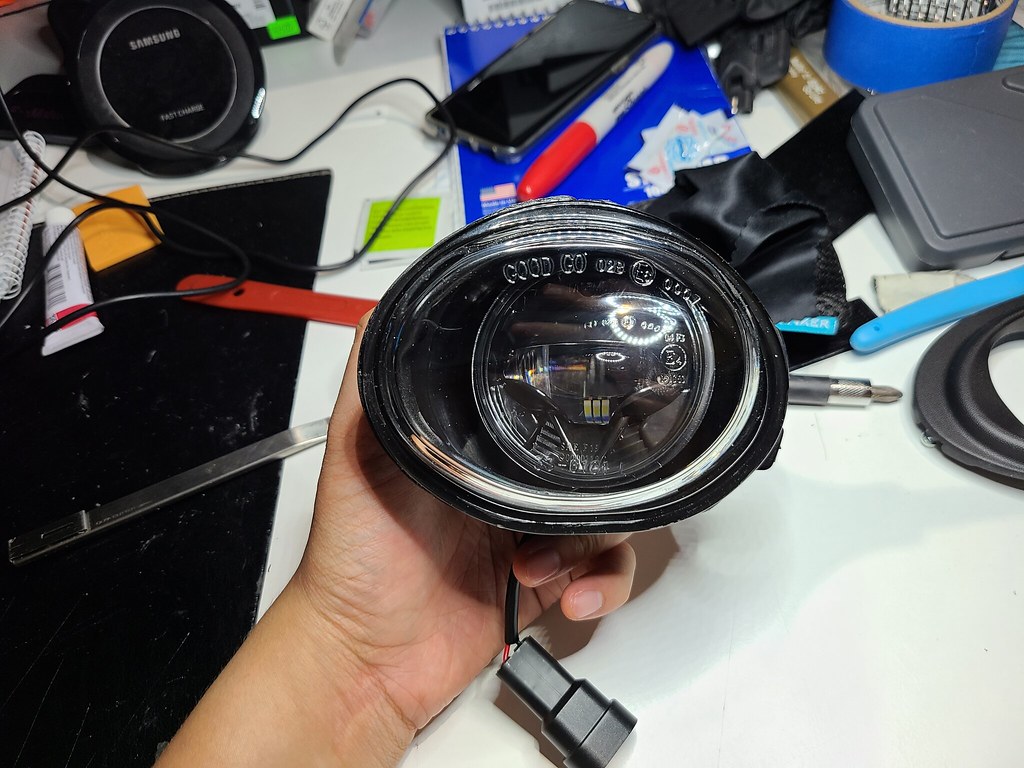 Obviously not the best pictures. But I dropped by the body shop to do a test fit to see how it would look. Looks exactly like how I imagined it would look. 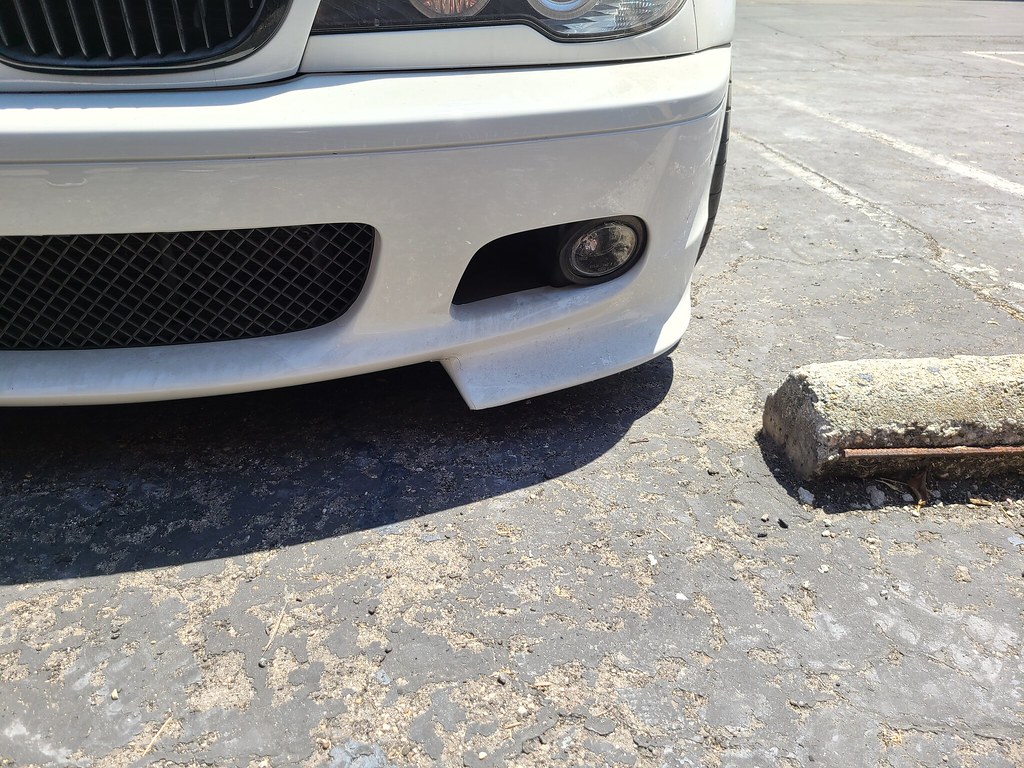 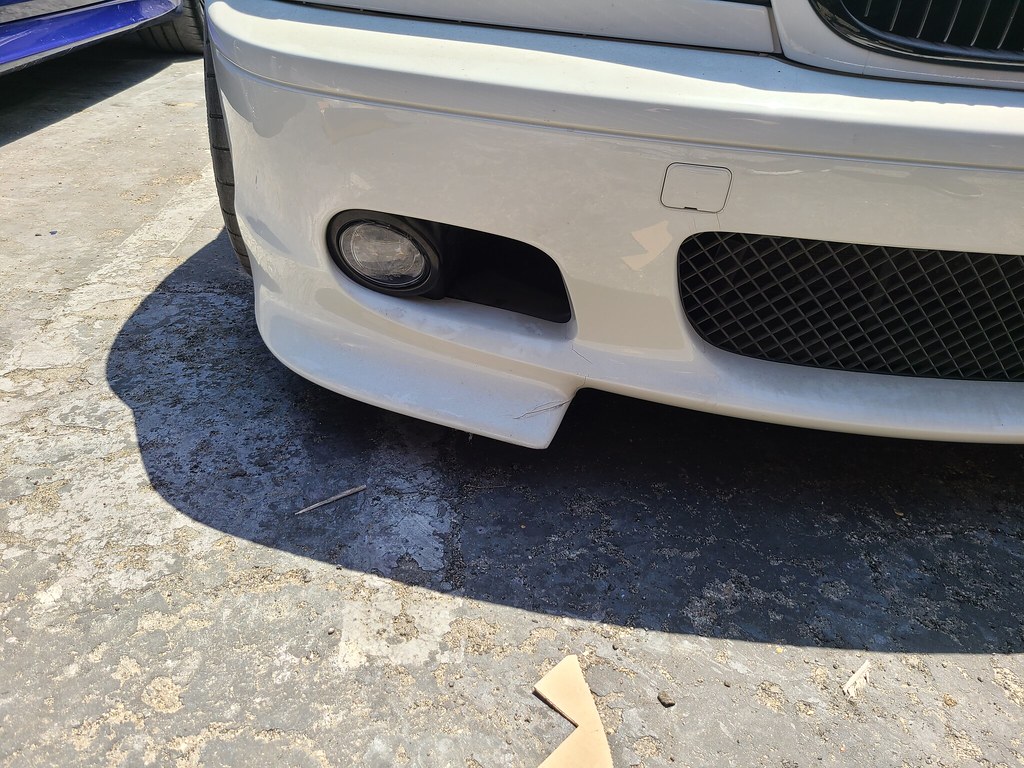 I wrapped it in Xpel, but **** was hard lol Didn't come out right. I guess I'll do it again later or something.

I can already tell that adjusting it will be a bitch to do with how it's designed. I plan to test on JR's car again. Probably do the adjustments on his car too.

It took me like 2 weeks. But, you could finish this whole project in like half a day if you had all the parts for anyone wanting to do it. I wasted a lot of time trying to do **** the hard way. :facepalm: Then more time waiting for stuff to come in from amazon with their non-existent prime shipping currently.
K