bmw9 said:
Do you have a writeup on the oil pan gasket?
Click to expand...

· Registered
Joined 8 mo ago
·
78 Posts
This weekend I replaced my valve cover gasket, ignitors and plugs. I was getting a P0304 code for a cylinder 4 misfire and it appears that this has fixed that issue. The ignitors looked to be original to the car. The VCG was hard and brittle which made getting the pieces that fell into the head a challenge, but some needle nose pliers and putting back together like a puzzle ensured I got it all.

cigma2312 said:
Didn't end up doing the bumper today, instead I went to disassembling the Xenon control unit P/N 1307329023 from the headlight assembly. View attachment 961660
Corrosion present on Xenon control unit bracket and wiring harness. Power is present to connector, so wiring harness is still intact.
View attachment 961661
Control unit had 3 philips head bolts, all three showed signs of deterioration. 2 of the 3 were no longer usable, with an electric drill and a metal bit I drilled out the heads of the two non-serviceable bolts. Seems like an M8 size at 18mm long
View attachment 961659
Removal of the entire assembly was necessary to reach the control unit mounted on the underside of the headlight. Held in place by 2 Philips screws through the control bracket into the headlight assembly.

The assembly is now ready to accept a new ballast, during reassembly the connectors will all be weather proofed with silicone grease after being cleaned from corrosion.
Click to expand...

Quick update - Thanks to @yjsaabman installed a used ballast and the bulb turned on!! Reassembled the headlight assembly and tightened everything up. The 8k bulbs look very nice with the dark blue of the car.

Called in an automotive lighting expert for the final touches.

· Registered
2005 325xi T
Joined 5 mo ago
·
240 Posts
today i replaced the mounts to the secondary air pump. two out of three had delaminated and the third delaminated when i removed it. pump is far quieter now and doesn't rattle and self-harm itself. should have been an easier job, but wrench access is very tight. going to look for some cheap wrenches to cut in half for next time.
Y

teigan said:
today i replaced the mounts to the secondary air pump. two out of three had delaminated and the third delaminated when i removed it. pump is far quieter now and doesn't rattle and self-harm itself. should have been an easier job, but wrench access is very tight. going to look for some cheap wrenches to cut in half for next time.
Click to expand... 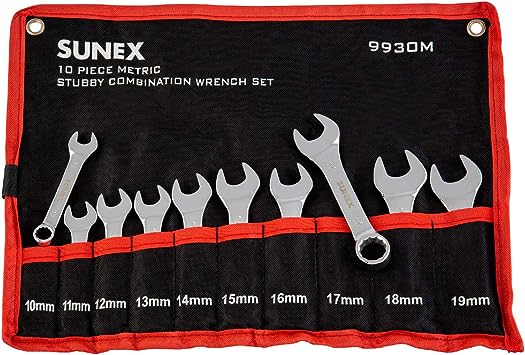 Gonna take it to my machine shop. They have a hell of a welder.

Gonna take it to my machine shop. They have a hell of a welder.
Click to expand...

Losing hope in this old girl... constant BS at every turn. But sentimental value wont let me just scrap her.

· Registered
1999 328i
Joined Dec 16, 2020
·
479 Posts
I recently replaced both hood latches and all hardware, also, the built in nut that’s on the chassis of the body, that allows the triangle brace to bolt up to. Well that happened to snap off inside the frame 😩, so I used a riv nut gun and installed my own thread and bolted it right up 💪

· Registered
Joined Sep 21, 2015
·
63 Posts
Update. Machine shop fixed the broken mounting tab on my ZF for $100. Waiting on my garagistic dssr and then its swap time.
B

· Registered
2003 325i & 2003 330i
Joined Apr 27, 2021
·
12 Posts
Started working on the lengthy to do list on my new (to me), 70k mi 2003 330i starting with a sunroof that decided to stop working and was stuck and making horrible grinding sounds. From the posts here over the years, I worried it was a bad cassette (eventually borne out), so replaced my bad cassette with a used one source nearby. About 4 hours to remove all the trim pieces, pillars and headliner, remove the cassette, install the new one. Add another couple hours to reinstall the headliner and most of the pillars and trim the next day (except for those pieces I busted and am now waiting on clips and new trim). A pretty big PITA job to be honest, but I felt pretty accomplished. This would have been about a $3k job at an indy (the part alone is $1650 at ECS), so I’m stoked it’s done. Thanks to everyone over the years who contributed helpful posts along the way!

Also found that my group 49 battery was sitting on the factory spacer intended for smaller group 94 OEM battery making it wobbly. And, found that battery isn’t properly venting, so ordered a new vent elbow from FCP.

Replaced wiper blades with Bosch Aerotwins as the rain is back in the PNW.

· Registered
Joined Oct 31, 2021
·
31 Posts
Swapped out my fuel pump assembly last night after the pump stopped working yesterday morning. About $50 off of Amazon for a new Bosch replacement unit and 22 minutes of work. So easy to do.
B

· Registered
Joined Oct 28, 2012
·
1,380 Posts
First cool night and battery failed; showing 9.2 volts. Had to clean dust to see purchase date -- quite happy with five years on 5 year battery. Replacement only has 3 year warranty and more $$$; hoping for same internals. Also prefer it not to fail when leaving for wedding. Everstart H7.

· Registered
Joined Nov 30, 2015
·
256 Posts
Dealt with a p1343 (misfire cylinder 1 with fuel shutoff) for a couple weeks. Was pretty scared as to what it might be so I kinda put it off.
Got ready for an extensive teardown just to find that the retaining clip on the cyl 1 coil pack was lifted all the way up.
Resat the connector and all is well. I'm very happy and very annoyed at the same time lmao.
A

· Registered
Joined 5 mo ago
·
4 Posts
Wasn’t today but sure was a doozy. Installed baffles oil pan and Achilles oil pump upgrade. Stripped an oil pan bolt, was scared I had to throw the whole thing out. Broke a sway bar bolt, torque wrench went right past the torque needed I guess.
On the plus side, car now runs, doesn’t appear to be leaking yet, learned just how small 7ft/lbs is and how to use a timesert kit. Appear to have a leaky shock which was going to get upgraded eventually. As this was my first project on the car got me some shiny new tools in the process.
L

· Registered
2004 330i ZHP 6MT
Joined Jan 27, 2017
·
46 Posts
I'd replaced my old rear dampers a while ago with Koni Special Actives (along with the other ancillary bits e.g. mounts, reinforcement plates), but hadn't gotten around to the front dampers. Finally got those in last week. Everything in each strut assembly is new aside from springs and upper spring perches. I went for the E36 M3 bump stops (about 2/3 the height of the stock) per the widely circulated Budget Suspension Refresh thread on ZHPMafia. I also added the rough road reinforcement plates.

I'm due for an alignment, but as a stopgap measure, I made sure to meticulously mark the strut mount stud/nut locations on the strut tower before dropping the old struts, such that I could easily position the new strut mount studs within ~1mm accuracy of where the old ones were. So theoretically the only difference in geometry should be that small tolerance and the added thickness of the reinforcement plate (the old strut mounts didn't look deformed, and I'm assuming Koni made the damper outer casing geometry nearly identical to the OE). BTW I have the E46 M3 strut bar, so I actually removed those and the strut bar bases, and then switched back to the original strut tower nuts (the wide top-hat flanged ones) before marking the spots and lifting the car up. It would have been much more difficult to accurately mark the stud locations with the M3 strut bar tower mounts. Last photo shows an example: I used a fine pen to circle the nuts, and also drew little tick marks in the radial direction/aiming towards the center. When the struts were finally changed, I reinstalled using the non-M3 (aka wide) nuts, lowered the car, and then replaced with the M3 strut brace and associated hardware.

So far, these dampers are pretty nice. They unfortunately don't take up all the very high frequency input from the subpar roads around where I live (possibly because not enough vertical force is generated to overcome the stiction within the damper itself), but I found that dropping my tire pressure from ~39 psi to ~34 psi helped in that department. These definitely make it so that you don't feel like you're "crashing" into speed bumps or divots in the road; I don't have to slow down for such features as much as I did in the past.


(I reattached the end link after this photo)