· Registered
2002 320td compact
Joined Jan 19, 2022
·
86 Posts
2001/2002 E46 Compact
I used to have a problem where, after a power wash, my key fob wouldn't work for a while, no lock/unlock, no trunk release (presumably until water evaporated from somewhere), only the manual key hole would work or the central locking button inside, and when this happened in winter, I had this problem persist for weeks, in summer it'd only last for a few hours.
Now after one wash it seems to have had enough, and something has broken permanently, since it didn't work after the wash, and still doesn't 2 months later (tried both keys).
I took out the general module from behind the glovebox suspecting it to be bad or flooded- but there's no sign of water damage anywhere, it all looks in order and there's no residue or otherwise off-looking things on the PCB or it's cover, it looks brand new. The entire compartment behind the glovebox has no signs of water intrusion.


So I know that my problem is related to water getting in somewhere where it shouldn't, and that causes my key fob to stop working, and the relay inside the general module isn't the problem.
What else could be getting flooded and corroded to cause this to happen? Is there some sort of antenna/receiver that could've stopped working, maybe one of the lock actuators? My biggest fear is that it's exposed wiring corroding somewhere, as that'd take forever to find.

I would check the antenna, amplifier, and its connections.

Read up on Central Locking in this document, starting on page 16. 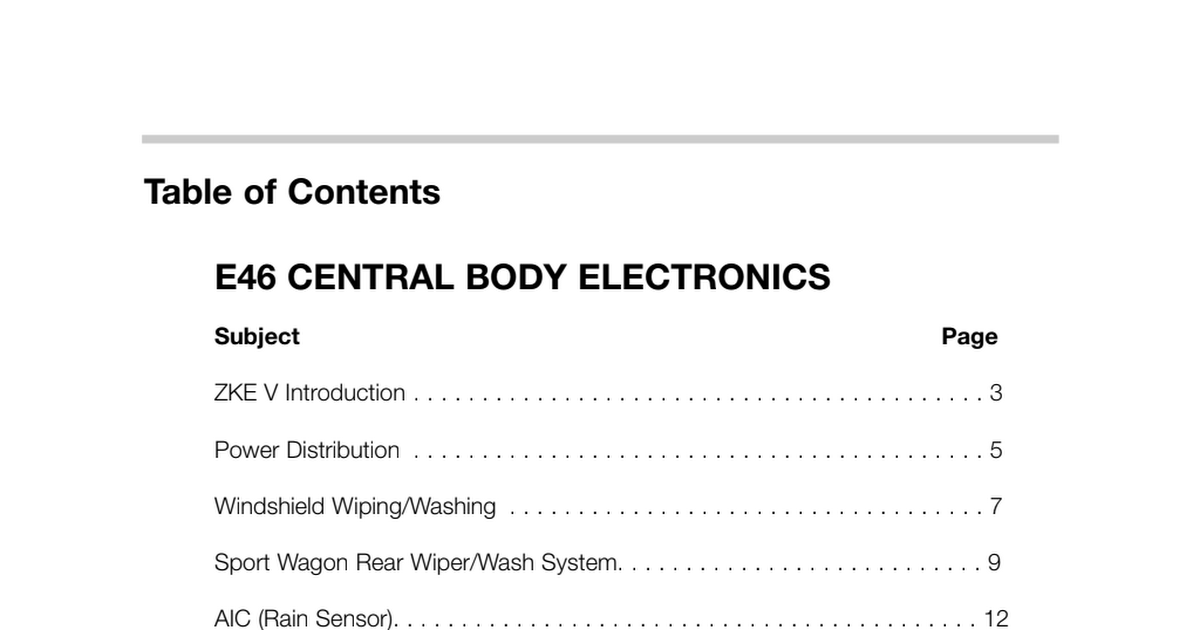 Bali said:
Year and model E46? Always state that to get proper help.

I would check the antenna, amplifier, and its connections.

Read up on Central Locking in this document, starting on page 16.

Having read through most of that document past page 16, I get that the amplifier/receiver/"Remote RF" is located in "the left C pillar". Should I try to disassemble the pilar to try to get to it?

The "radio remote control" tab in TIS writes that the antenna "in the E46 saloon, Touring, Coupé and E83 X3 the aerial integrated in the rear window serves as the aerial. On the E46 convertible, E52, Z8, E85 and Z4, the aerial is located in the interior rear-view mirror. ", though that's not super helpful as a compact isn't mentioned in any of that.

But it does confuse me- is the antenna located in the C-beam as per your document, or is it located in the rear view mirror, or is it located here?
If it's located in the trunk as per the image on TIS, that'd make a lot of sense, as somehow water keeps getting in through the rear number plate lighting, I just power washed my car today and when I opened the trunk, some water drizzled out through the mandatory hazard triangle box that's located on the inside of the trunk, I'll go take a closer look and follow up with some pictures.

· Administrator
2013 X1 M-sport
Joined Aug 18, 2012
·
22,476 Posts
The verts have it in the rearview mirror because there is no C pillar. Remove your C pillar and check.
The fugly Compact was never delivered to USA market, so we cannot help much here.

Bali said:
The verts have it in the rearview mirror because there is no C pillar. Remove your C pillar and check.
The fugly Compact was never delivered to USA market, so we cannot help much here.
Click to expand...

Main thing that tipped me off was that some water drizzled off the warning triangle when I opened the boot after today's power wash, and the left strap was obviously wet.

Now on to find why that place is leaking and how to stop it first, and then on to rust cleanup/a new aerial receiver block, as this one's clearly toast :')

· Registered
2002 320td compact
Joined Jan 19, 2022
·
86 Posts
My FM/AM receiver block rusted and broke because water kept getting into the inside of the boot, and now I have found the reason for that, question is how do I go about cleaning all of this up and making sure it doesn't happen again in a few months? I've got a compressor but don't have much painting/rust fixing experience other than watching 1 Chrisfix video on it...

Most of the handle piece has disintegrated, there's basically nothing left of the foam gasket, most of the plastic bits on it are broken, and it was already missing 1 of the 4 screws that holds it in place... I'm not sure whether it's worth trying to get it a new gasket, or I'd be better off just getting a new one entirely.

Any help/guidance would be appreciated

· Registered
Joined Jan 9, 2021
·
31 Posts
Considering your car is Titansilver, maybe you can find a used trunk and it might be cheaper/easier/faster to just replace it?

KangJiYoung said:
Considering your car is Titansilver, maybe you can find a used trunk and it might be cheaper/easier/faster to just replace it?
Click to expand...

I imagine the issue with that plan is that this seems to be simply a wear thing that's common for this model, and the chances of me finding a like-new handle at the scrap yard without the same issues (or close to having them) for <15$ are too miniscule to be worth any money savings that'd bring. While a new handle from the dealer is 80$.
Also with how heavy the damage is- I'll probably have to bodge something after I remove all the rust anyway, as the plastic clips that the screws screw into are barely holding on to what is essentially just rust, after I remove the rust- they'll have nothing to hold onto and screw the handle into, so I need to think of something :/
Current plan for me is to just buy the following from my shopping list from the local bmw dealer:

and go from there.

The rust repair/restoration part of the job is the one I'm more worried about, as I'll probably have to use some kind of filler to keep the shape of the rear plate the same so that the water insulation adheres properly (not sure if it needs some kind of glue or if it's just foam that squishes to the surface), I was hoping it would be just surface rust.
1 - 9 of 9 Posts
About this Discussion
8 Replies
2 Participants
Last post:
Mataskart 6 mo ago
E46 Fanatics Forum
A forum community dedicated to BMW E46, E90, and F30 owners and enthusiasts. Come join the discussion about M performance, turbo kits, engine swaps, builds, modifications, classifieds, troubleshooting, maintenance, and more!
Full Forum Listing
Explore Our Forums
E46 General E46 Showroom California E46 M3 Tires, Wheels