THIS MONTH'S THEME:
Its October. Lets see some Fall foliage, something Halloween or something related to the season.
The winner at the end of the month will win a free 1 Year Premium Membership for the forum and a custom flair under their username. If the winner is already a premium member, their subscription will be extended an additional year.

Winners will be featured on the sites gallery, found here.

Congrats to September's Ride of the Month winner, @sillieidiot!

My car, every Halloween: 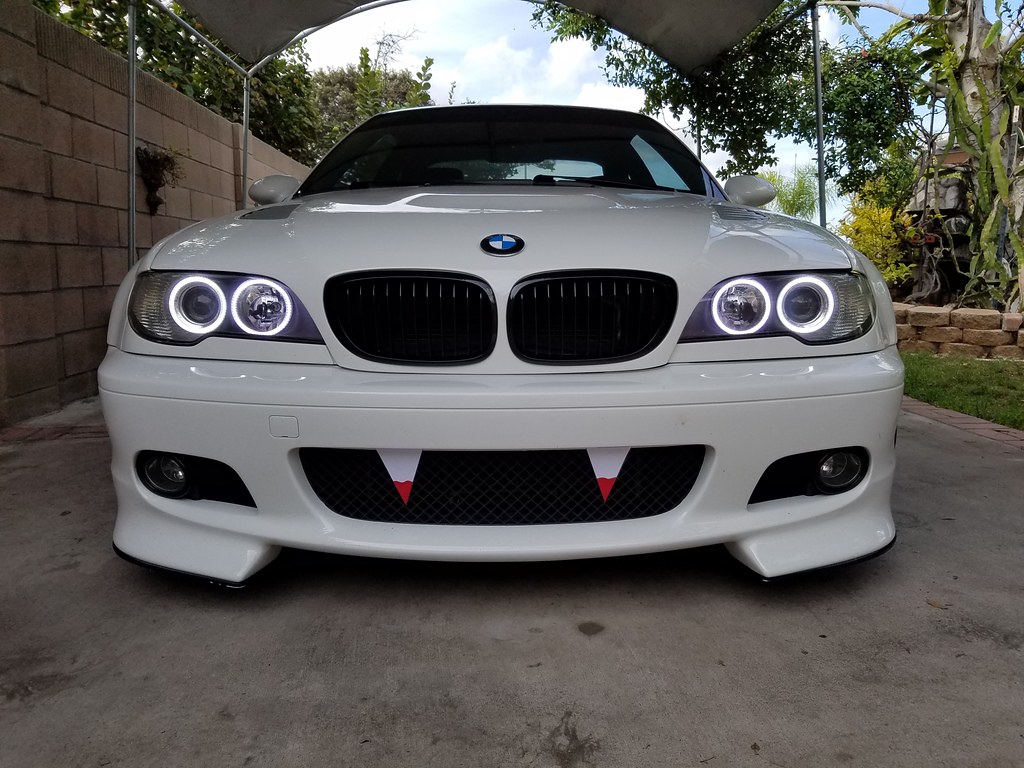 I hope to see some more nice Halloween themed pictures.


Late afternoon in the Laurentians.

sillieidiot said:
Damn I should have entered this one instead lol Can I post a picture even though I can't win? 😢

My car, every Halloween:

I hope to see some more nice Halloween themed pictures.
Click to expand...

Hands down, this one should win. I can't top this. Lol
S

vertigo1 said:
Hands down, this one should win. I can't top this. Lol
Click to expand...

Luckily for you, I can't win. So you should totally post yours lol

2000 BMW E46 323i
Joined Oct 5, 2020
·
51 Posts
Full story in E46 showroom where i update on regular (sometimes irregular haha) basis.
E46 323i 5speed manual. Bought the car in Germany and imported it. It´s my first BMW and i love it. BMW individual, beige leather interior with wood trims, light yellow metallic paint. It turned into a financial suicide for a student, but that´s the way how i like it. I´m halfway through replacing every single component of the car to make it run strong again. Currently waiting to replace the driveshaft and clutch. After rear end refresh it turned into completely another car. Not a powerful car but gets the job done and many cars, especially various garbage like VW´s TDi - equipped cars (a lot of them tuned) made a mistake trying to "race" me . Love the handling of my E46. Even though it´s only 2.5L it is fun to drive. After i´m done with all the mechanical hassle i´m going to take care of the visage of my car. Future plans are to build and install a M52TUB30 stroker (not just plain M54 swap due to legal reasons in my country) together with transmission and all the "goodies".
I would not call this a story but a fun fact: I bought the car with 305 000 kms and found out that the air and fuel filter were factory original ones! Engine oil and filters have been changed (fortunately). Even the spark plugs had BMW logos on them so it makes me think they were also original...but idk really. Car has no service history (service book untouched) so it is a mystery for me, what kind of person owned this car. However the car runs flawlessly.
T

This is my 2001 325i that my aunt purchased new in New Jersey and owned until she passed a few months ago. It sat for the last 5 years because she purchased something bigger, but after a fluid swap and some much needed interior and exterior cleaning she’s good as new! Threw some roof racks and bilstein PSS10 coil overs on and I’m in love with it!! Just purchased some CSL reps that will be making their way onto the car before it hibernates for the winter. My dad has owned an E46 M3 convertible since I was a teenager so my love for this chassis is nothing new, but I have absolutely loved being able to drive this thing all around VT this summer.

Bought this car in april 2021.
Only 83 500km for a 1998 318i (M43B19 engine) in Farngruen, imported from Germany.
Long scratches on 4 doors, a squeaky right window mecanism, no more AC coolant and a broken radio fuse. Original air filter and fuel filter ... Says a lot about how the car was treated.

I put on a new window mechanism, a 200€ android autoradio with touchscreen, bluetooth, screenmirroring...
Some months later, my radiator fan breaks, engine overheats in traffic, a hose breaks with pressure and all my coolant gets on the floor. Expansion tank (it was a hella, from 2018 !) broke.
Fan gets replaced, but i get new issues i can't solve for over 3 months. I can't go over 20km/h for the first 2 minutes on a cold start. I replace both lambda probes (oxygen sensor) , i spray some cleaner on the MAF sensor, doesn't solve the problem. Really banging my head against a wall.
Then i put on 4 new spark plugs, clean a very dirty cylinder head cover, and realise it was overfilled with oil.
New oil, air filter, cabin filter, a new OEM MAF sensor, and replace some new cracky hoses. Secondary air pump gets repaired as well.
My problem disappears, but still i have very low and nonstable idle (550-700ish), sometimes stalling at red lights, and bouncy idle (around 400 & 900, especially on Park).
I replace my ICV : no more stalling nor bouncy RPM, but a low idle with some car vibrations (not sure if my exhaust is causing that or not, it's rattling for 0.5 sec when going away from a stop, at around 800 rpm).

TPS gets reset, and i get much more pedal response.
Some weeks ago My DISA Valve gets broken, the stupid thing costs over 450€, luckily got one for 150€ (unused) on eBay. Let's see if that changes anything, i'll also change the 23 years old fuel filter and clean ICV.
Strange to feel that i only have this car for less than 8 months.

Anyway, i'm planning on getting some H&R coilovers to lower it some 55mm, and 225/50/16 tires, mine are 195/65/15 right now. And maybe changing my muffler.
Oh, and here's the picture. Really love that colour, it really matches the pre facelift orange turn signal lights.


owned it since september now, bought it and had to drive it back home 800km, days after that found out that every single wheel nut was 3mm connected to the car. Since that have changed to black kidney grills, new side markers, black ceiling. Also changed most of the motor seals so it wouldnt leak like bmws usually do. Gotta do the water pump next and then keep on tuning it. Pop and bangs tune will be next then looking for new shoes for the next summer to vibe with😆
F

Second photo taken at OR Hwy-22 west of Mt. Jefferson. Drove the car from Portland to Sisters via McKenzie/Santiam Pass, OR Hwy-242.

Joined 3 mo ago
·
26 Posts
I don't know if having two cars in the frame disqualifies me, but here are my two babies on our inaugural Fall road trip to the Washington State Islands. This was taken on Bainbridge island a couple weeks ago and it was an absolute BLAST.
We got our first BMW here (named Hans Gruber after our favorite Christmas movie Die Hard) - a 2003 M3 Convertible - a few months ago and have been adding our little finishing touches and maintenance to it since. It's actually the easiest car thus far in our stable that I've worked on all things considered. My wife and I are car nuts and have quite the poor-man's collection including another German gem; a 1971 Opel GT, that my wife is currently in the process of rebuilding (yes I hit the jackpot).
We love the car and my kids actually always say they want to take the M3 over the Solstice GXP (car to the left) anytime I give them a choice, lol. I asked my oldest why he liked the M3 over the Solstice and he said "because it sounds like a racecar!" love 🥰
Cheers to the great entries this year, hope to see you on the road sometime!

Joined Jun 29, 2017
·
362 Posts
Voting went live yesterday, so unfortunately, this would have to wait until next month.

AGAdmin said:
Voting went live yesterday, so unfortunately, this would have to wait until next month.